We are working in the Castlecourt Hotel Westport with Westport G.A.A for a sold out #OsKaRs show this coming Saturday!

The ‘sold out’ signs have gone up for Westport GAA Club’s eagerly-awaited red carpet OsKaRs Gala Night on Saturday, March 10th – and now the club have devised a novel solution so disappointed fans can still see the show. 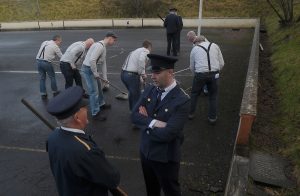 They have teamed up with streaming service partners MayoGAATV.com and Dowd Media to live stream the event from the Castlecourt Hotel from 8.30pm.

“We have collaborated with MayoGAATV.com, led by popular Mayo GAA man Liam Horan to live stream the event – we simply had to do something because hundreds of people are disappointed that they can’t get a ticket for the actual show,” said a club spokesperson.

This essentially means that the event can be watched live locally and worldwide on the internet at a cost of €12.25 plus VAT per view from the comfort of your own home.  The following link can be used to access the stream: https://mayogaatv.com/westport-oskars/

“We would ask that the link be communicated through social media platforms and other means to the Westport and Mayo Diaspora worldwide so that they can enjoy the event live with those attending the event. Their fee will support the primary aim of the initiative, which is to generate funds for the running of Westport GAA Club.” 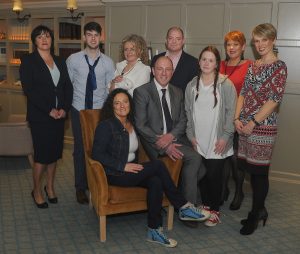 The club completed filming of all seven iconic scenes from major movies last week, with local actors, in its major fund raising drive. Almost 100 locals auditioned for parts in early January and 60 of the successful candidates completed rehearsals and filming of the movies (Shawshank Redemption, The Field, Bridesmaids, Fr Ted (the Lingerie episode!), The Snapper, Fatal Attraction and Forrest Gump) in different locations around Westport in late February.

To give you a flavour of what to expect next Saturday night, 30-second promos on each movie will be released daily this week at: https://www.facebook.com/KevinRoweEvents/videos/657912500999644/?fref=mentions 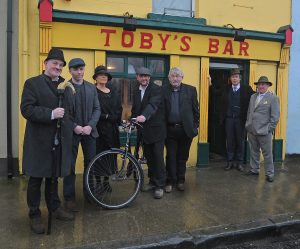 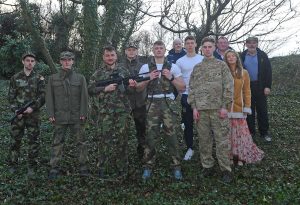 The Master of Ceremonies for The OsKaRs Gala Event will be the Dublin Radio DJ, Dave Harrington. He will be ably assisted on the night by judges, the industrious Minister for Rural Affairs Michael Ring, internationally renowned and local Oscar Winner Martina Nyland and PortWest sponsor representative Deirdre Hughes. It promises to be a great night!

Westport GAA club would again like to sincerely thank all our sponsors, cast members, fund raisers and film locations around the town for their support for this novel initiative. It really has been a fun and very enjoyable community projectand hopefully the Gala Night will do it justice!